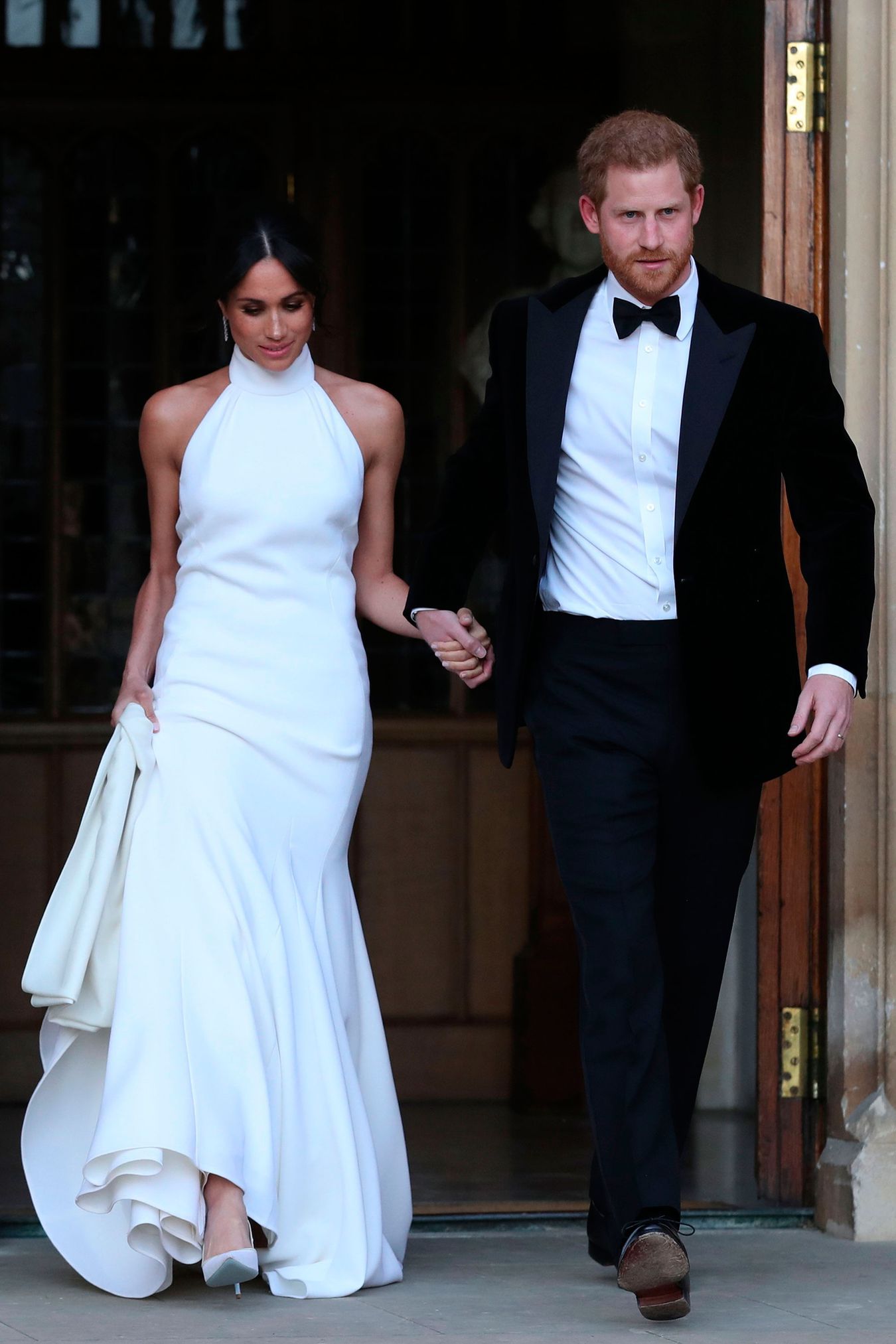 How is a British Wedding Different from an American Wedding

There are some differences between British and American weddings, and we’ve laid the major ones out for you here.

Most of today’s engaged couples plan their weddings online and have gained access to wedding ideas and inspiration from near and far. While there are growing similarities between British and American weddings as trends and traditions are imported, there are still a few key differences. If you want to know how a British wedding is different from an American wedding, we’ve put together this handy guide.

Here’s how a British wedding is different from an American wedding.

Sometimes, but not always, there are two tiers of wedding guests for a British wedding. The first tier may be invited to the entire event (ceremony, wedding meal and evening reception), while the second tier may only attend the evening reception. This usually happens if the happy couple wants to spend more time with their inner circle or if they can’t afford to splurge on a dinner for hundreds of guests. In America, usually all the guests are invited to the entire event.

When it comes to fashion, British weddings are typically less formal. Instead of floor-length gowns and black tie attire, guests wear printed dresses, cheery colours and more laidback looks. Fascinators and dramatic hats are also hugely popular. At an American wedding, the dress code runs the gamut and usually depends on the wedding venue and theme – from casual digs at a rustic farm wedding to black tie at an elegant ballroom wedding.

Unlike an American wedding ceremony (which can happen almost anywhere by hiring an officiant), the happy couple must be wed at a church or hold a civil ceremony at a town hall or licensed wedding venue in Britain. This may result in different venues for the ceremony and reception, although more and more venues are getting a licence so that all the festivities can happen in one location. 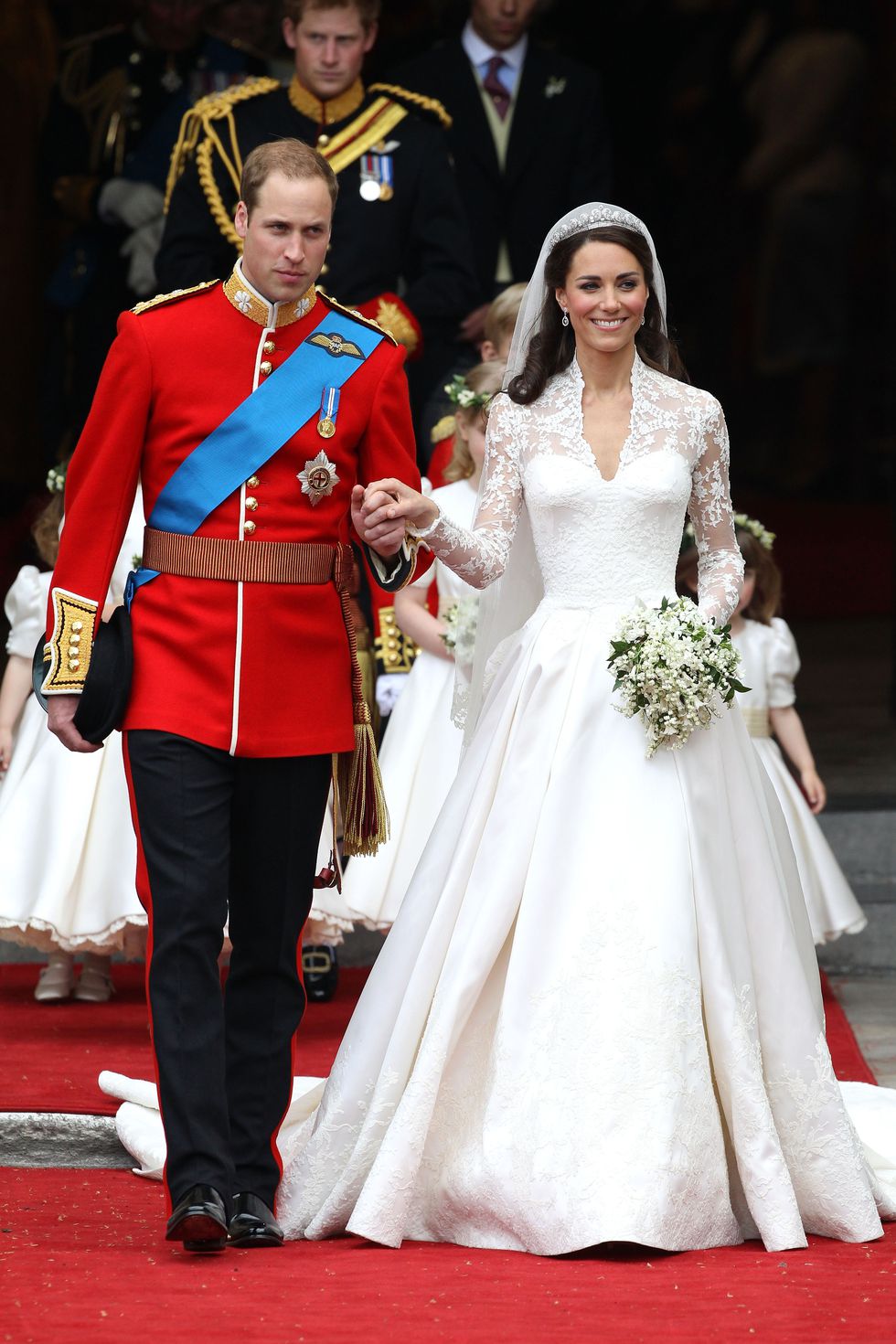 In an American wedding the bride makes a dramatic entrance after all the bridesmaids have entered the venue. The Brits roll a little differently and usually have the bridesmaids or page boys follow behind the bride to help hold the train as she walks down the aisle. The couple may shuffle things around if the leading lady has opted for a less dramatic wedding dress or if they prefer a more American-style processional.

At a British wedding you can expect to be served food, but instead of being referred to as dinner, it will most likely be called a wedding breakfast. Now, this doesn’t mean guests will be arriving at the event early in the morning to indulge in a buffet of eggs, bacon and pancakes, it’s simply a misnomer. Anticipate a lunch, dinner or cocktail eats (depending on the catering style the couple has opted for) after the ceremony has wrapped, just like you would at an American wedding.

In an American wedding, it is typically the maid of honour, the best man, the parents of either (or both) of the newlyweds and the couple who give speeches. At a British wedding the bride’s father gives a welcoming speech, the groom follows up with a thank-you speech and the best man finishes things off with a more lighthearted toast. No other speeches are “required”, but many couples are ditching the status quo and following the American style these days.

Although cash bars aren’t totally out of the norm in North American celebrations, they’re extremely popular at British wedding receptions. Only 32% of American weddings have a cash bar versus 82% of British weddings.* If you’re attending a wedding in the UK, you’ll want to make sure you have a few £s on you so that you can pay for drinks and tip the bartender.

While Americans favour vanilla buttercream and chocolate ganache wedding cakes, another type of confection reigns supreme across the pond! Fruit cake is the traditional pick at British weddings, although many couples are shaking things up and serving different types of dessert. Nowadays, alternative cake flavours and sweet treats like donut towers are becoming more and more popular. 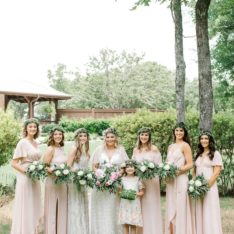 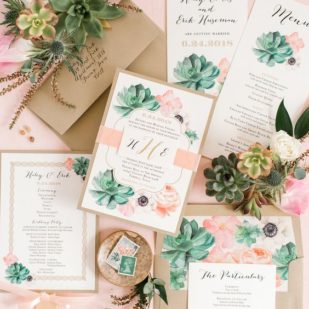